Cinepraxis: Salt of the Earth 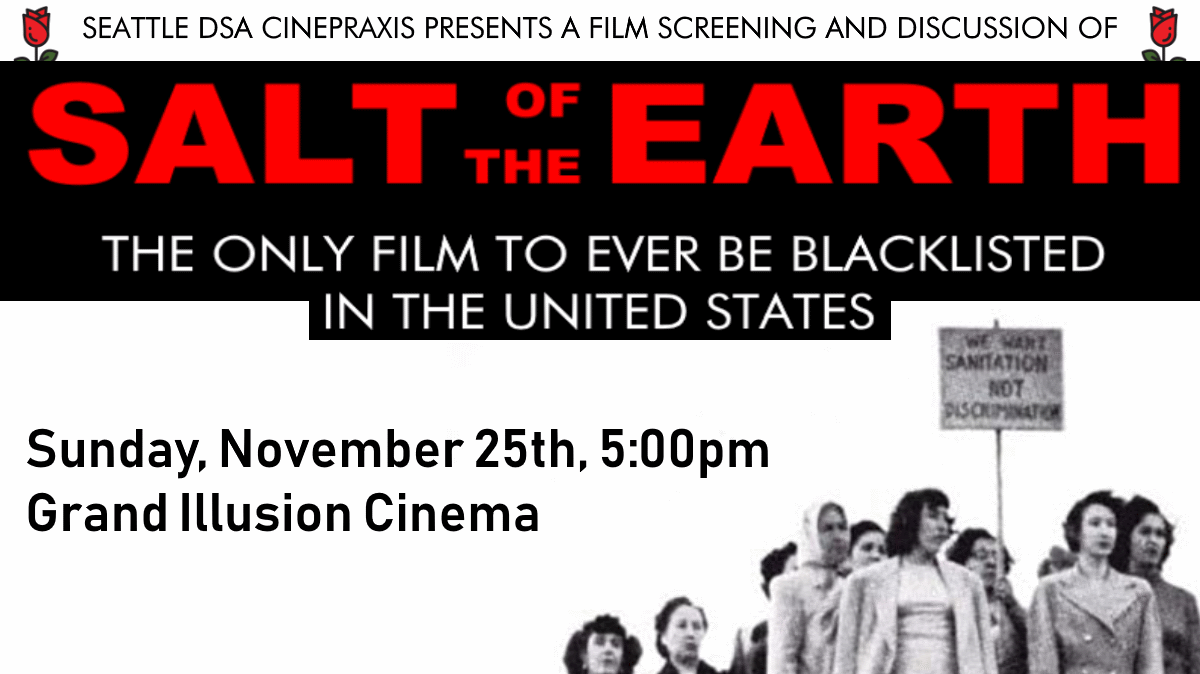 Salt of the Earth, produced by the International Union of Mine, Mill and Smelter Workers, Local 890, in conjunction with many blacklisted Hollywood actors and crew members at the time is inspired but not based on the 1951 Empire Zinc Company strike. The film centers feminist social and economic themes. It is the only firm every blacklisted in the United States.