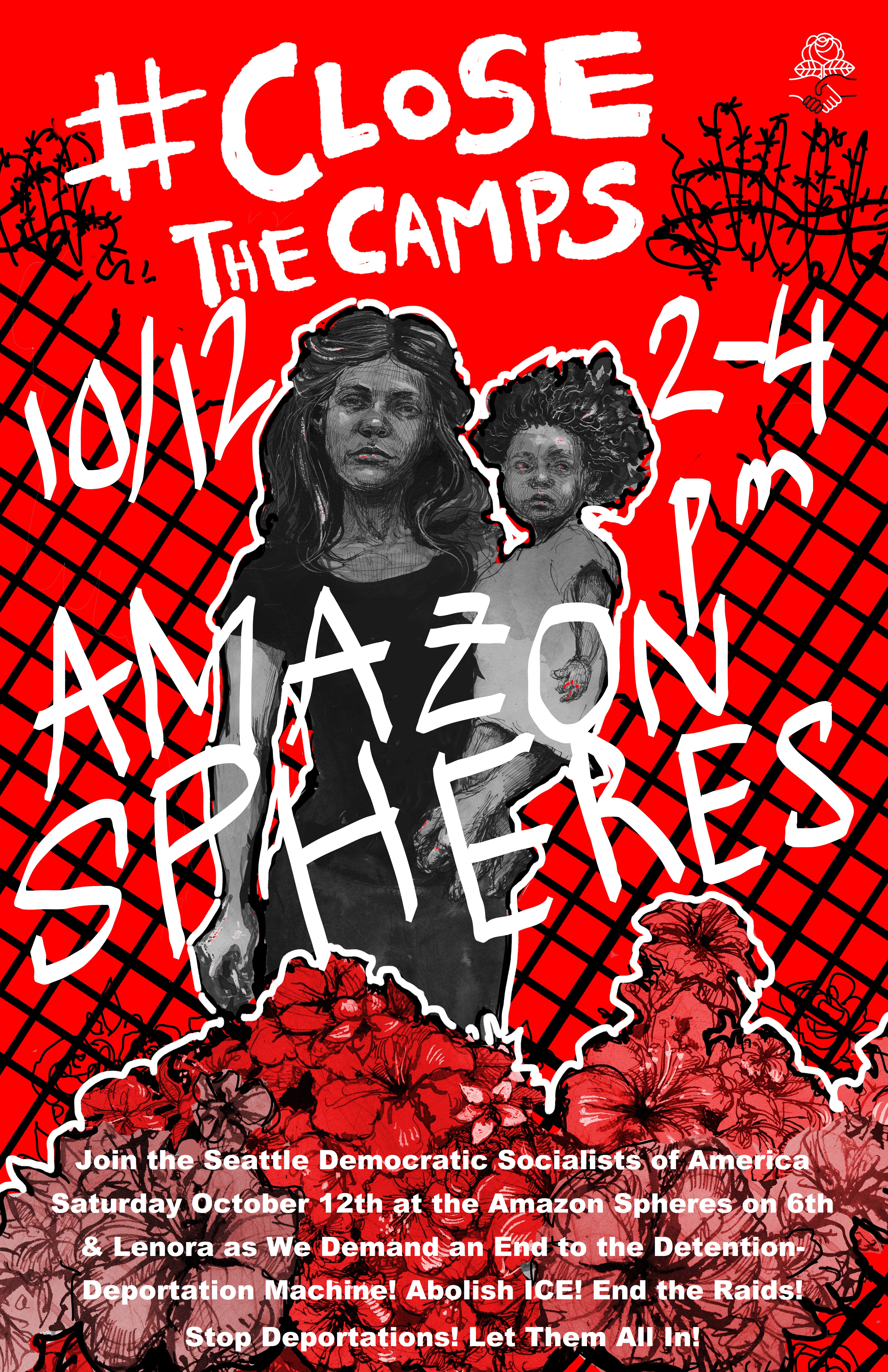 The Democratic Socialists of America invite you to join us in protesting the inhumane, illegal, and unconstitutional immigration system, as we bring attention and shame to the Trump Administration and the corporate collaborators harvesting human misery for profit! We’ll be holding a rally outside the Amazon Spheres in downtown Seattle, gathering on the corner of 6th & Lenora, from 2-4 p.m. on Saturday October 12th.

Our demands are simple and just; urgent and necessary; personal and powerful:

Abolish ICE! End all raids and all deportations! End courthouse arrests! Enforce Keep Washington Working! Close the Northwest ICE Processing Center and all private prisons! Divest the city of Seattle from GEO and private prisons! End the relationship between Big Tech and ICE! Recognize the Duwamish Tribe and their right to the land! And above all:

At the rally, we’ll be gathering signatures for a Peoples’ Petition with our demands that we’ll deliver to Seattle City Hall, and collecting funds for the Fair Fight Bond Fund!

If your organization would like to endorse this action, please contact Seattle DSA at [email protected] We are also soliciting speakers for this event – endorsers guaranteed a speaker’s slot!

PRINCIPLES OF THE SDSA IJWG CLOSE THE CAMPS TEAM

We reject a global system that facilitates the movement of capital across borders but denies human beings the freedom to live with dignity in the communities of their choice. We demand full and equal rights for all regardless of citizenship, an end to all forms of immigrant detention and imprisonment, and a humane, publicly funded immigration system that actively supports people who choose to move to the United States.

The Seattle DSA Immigration Justice Working Group (SDSA IJWG) works in solidarity with immigrant-led organizations to provide immediate material support to people harmed by our immigration system; and offers a socialist analysis of our immigration system in order to build political will for a socialist world without detention or second class citizenship for anyone. A better world is possible!