National Labor Event: Unions and You 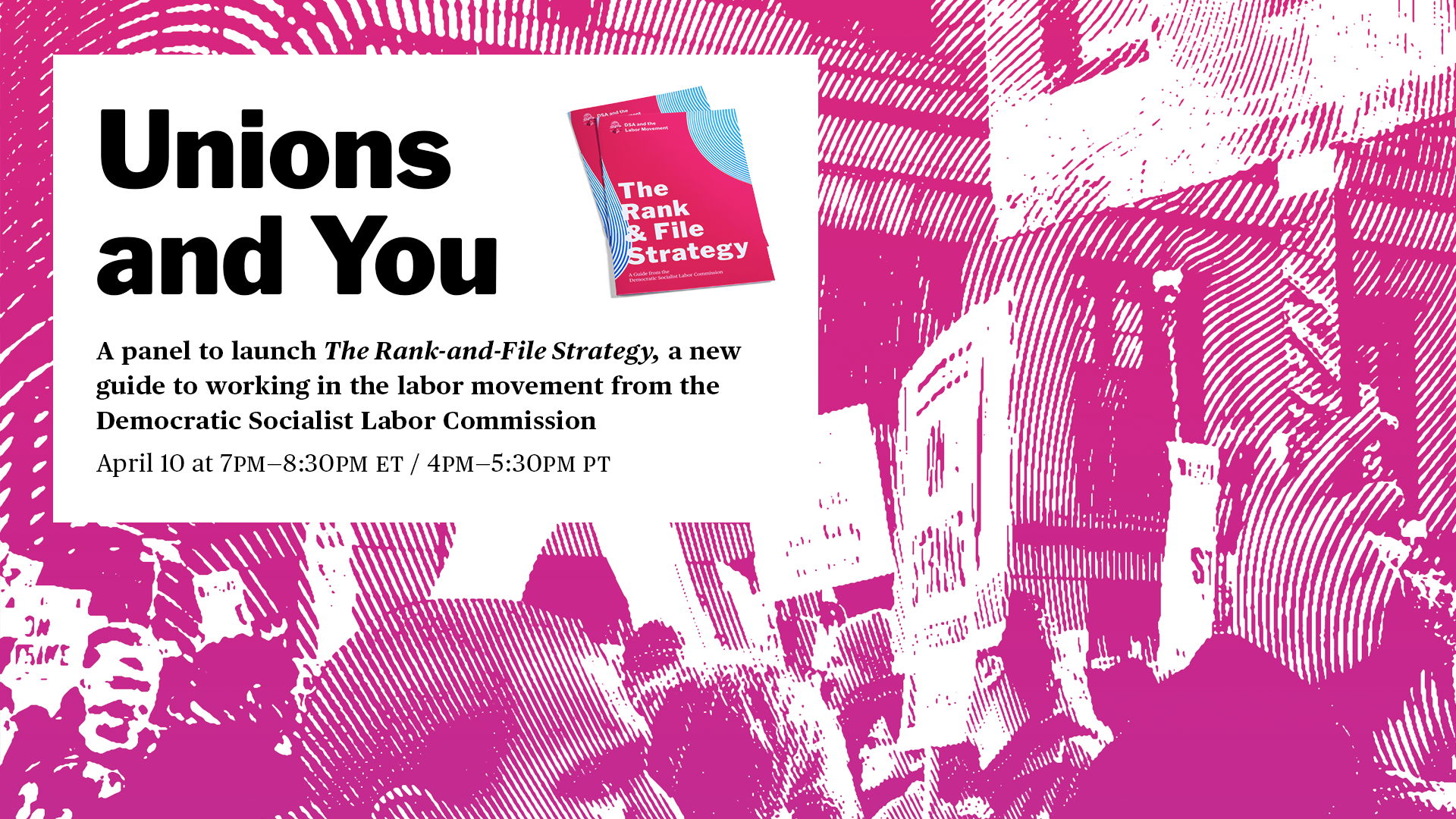 You can be a part of revitalizing the labor movement in the United States! Attend this webinar to hear how you can fight back for the working class.

The challenge we face today is one that socialists could not have imagined just a few years ago: how to advance socialist politics on a mass scale. As impressive as DSA’s growth has been in recent years, we have a long way to go.

It’s not just that we need more socialists; we also need them in the right places. That means more respected leaders and organizers throughout all sectors of the multiracial working class, capable of moving people to action.

This is not some romantic or nostalgic vision; it is based on a strategic assessment that the organized working class is the only force with both the material interest and the place in the structure of the economy to transform society and build socialism.

In previous eras socialists were often respected workplace leaders. These radicals helped organize workers into a collective force that went beyond workplace fights and into the political arena.

That is much less common today. The left often finds itself on the outside looking in when workplace struggle erupts. Socialists are more likely to be organizing strike support than leading strikes.

This divide has weakened both workers’ movements and the left. The socialist movement is stronger when tied to workers’ movements, and vice versa. Rebuilding the link between them is key to revitalizing both, and to keeping our movement grounded in the reality of workers’ lives.