No Charity for Cops rally (part 2!) 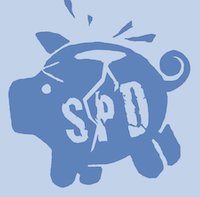 The Seattle Foundation has contributed $870,000 to the Seattle Police Foundation in the past 20 years through community grants and donor-advised funds. Since August, Divest SPD has been pushing for them to divest from police, make amends for the harm done, and invest more in the community. On Wednesday, June 9, we’re holding a rally to show them that there’s a growing number of people watching them that agree there should be NO CHARITY FOR COPS! This is a critical moment in our campaign and we’re counting on you to be there and invite folks you know to this event!

* Note: if this event looks familiar, it is because it was rescheduled from March 30. *

More information about where the Seattle Foundation’s money is going: