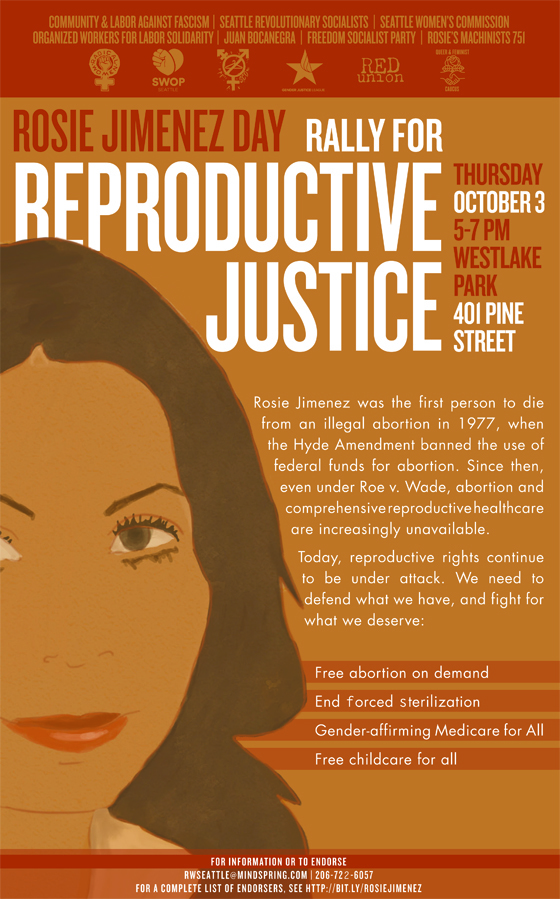 In 1977, Rosie Jimenez, a Latinx college student and single mother, was the first known person to die after the Hyde Amendment banned federal funds from covering Medicaid abortions. This effectively cut millions of low-income people off from safe access to reproductive healthcare. She felt she had no choice but to seek out a cheap and dangerous procedure. Tragically, the current assaults on reproductive justice mean that many people, especially women of color, will face a similar dilemma.

We will be meeting on the anniversary of Rosie’s death from an unsafe abortion. Join us in Westlake Park from 5 – 7PM on Thursday, October 3rd, to bring home the need for a strong movement that demands “Our bodies! Our choice!” regardless of race, immigration status, age, or gender identification.

Help support this effort by DONATING at http://bit.ly/rosiejimenezdonate