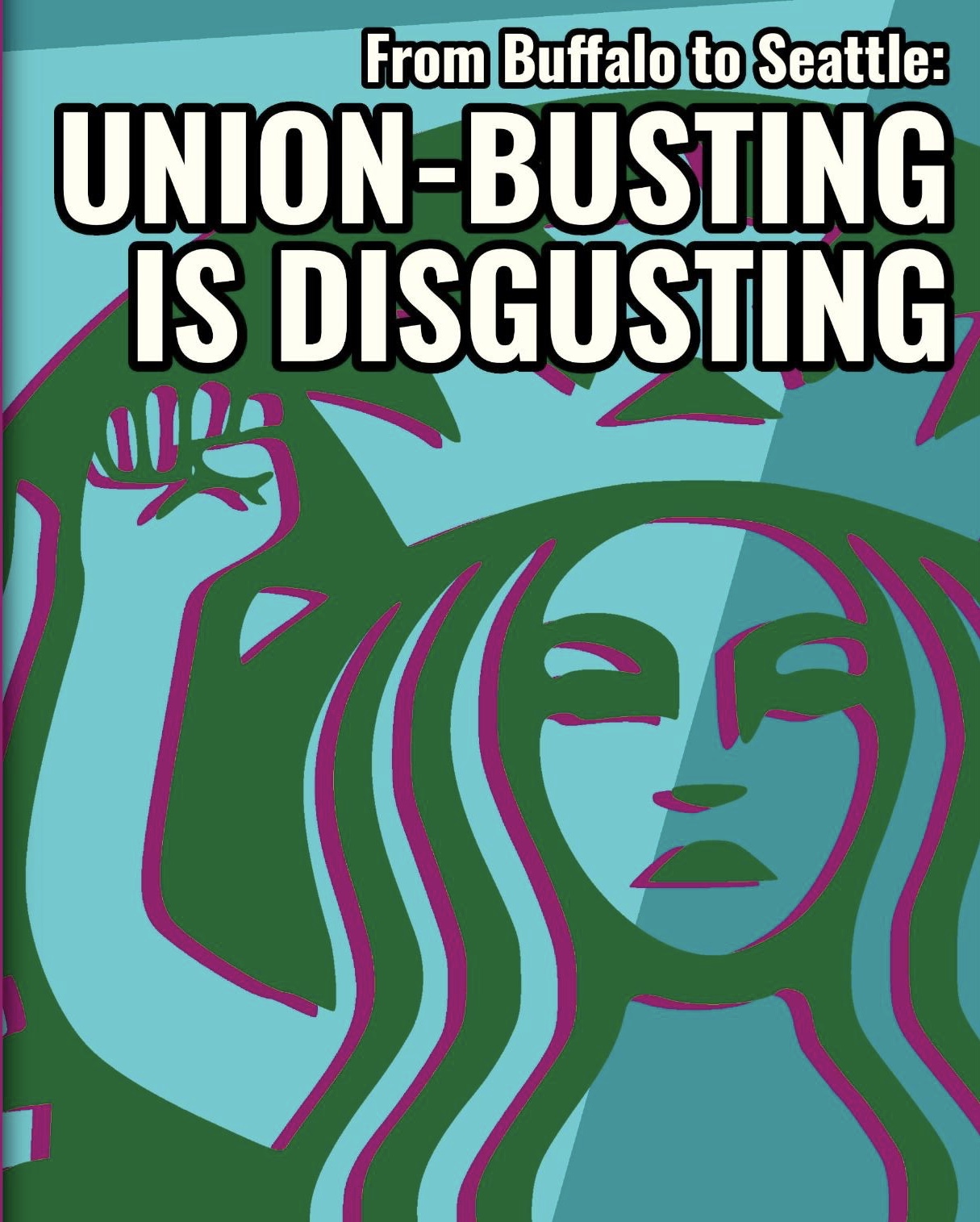 Starbucks workers are getting organized across the nation, courageously fighting shameless union busting by corporate executives and billionaires like Howard Shultz! Workers at 2 stores in Buffalo have successfully won their union. Inspired by their success, workers in over 25 Starbucks stores nationwide have begun their unionization campaigns, including right here in Seattle.

Join the struggle to begin rebuilding a fighting labor movement in the United States! Hear from the successful fight in Buffalo and how we can stand strong against Starbucks’ union busting tactics here in Seattle.