This week 4,000 Starbucks District Managers from across the country are converging on Seattle for a convention.  Undoubtedly they will be discussing how they can further undermine, disrupt, and crush, utterly, Starbucks baristas’ union drive.

Join us this Thursday (10/27) at 5pm (we’ll be out there until at least 7pm) at the Starbucks on 5th and Pike to talk with customers and passerbys about Starbucks union-busting and what the baristas are fighting for. 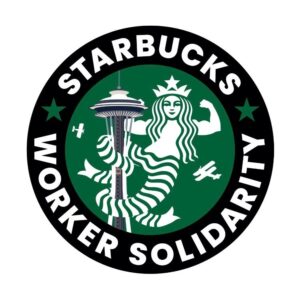