UPDATE: On June 5, 2017, Seattle City Council passed an amended soda and sugary beverages tax, 7-1 (Lisa Herbold was the lone dissenter; Kshama Sawant was absent). Sodas will be taxed at 1.75 cents per ounce, as will beverages such as Powerade, Sunny D and Monster. Diet sodas, coffee beverages that contain milk, highly caloric smoothies and juices – all products favored by wealthier consumers – are exempt from the council’s decision, remaining untaxed.

Standing in Northgate’s Idris Mosque on Feb. 20, Seattle mayor Ed Murray delivered an election year-State of the City speech, outlining proposed taxation strategies in between promising a headline-courting war of litigation with the Trump administration. In addition to the suggestion of a levy to address the city’s homelessness emergency, Murray is endorsing a 2 cent-per-ounce tax on “sugary beverages” that could net $16 million a year intended for closing educational gaps “between white students and African American/Black students and other historically underserved students of color.”

The “soda tax,” as it’s colloquially known, has been in vogue with liberal policy makers, perhaps most recently with Philadelphia’s city council instating a 1.5 cent-per-ounce tax last year. With such policy, proponents not only promise to drum up funding for continually-dwindling social services; they also are able to signal prescribed anti-diabetes, anti-obesity lifestyle values, with a vice tax against a product consumed disproportionately by the exact population they’re telling the local news affiliates’ cameras they’re helping.

Health benefits notwithstanding, soda tax is a regressive tax. Its economic burden falls disproportionately upon low-income consumers who are the biggest purchasers of the drinks. If a kid earning minimum wage buys a 20 oz. bottle of Sprite during her lunch break on her Subway shift, she’ll pay 40 cents in tax, a larger percentage of her income than the same 40 cents paid by a sales rep between calls, washing down a meatball marinara with Mr. Pibb in his Audi, parked outside. 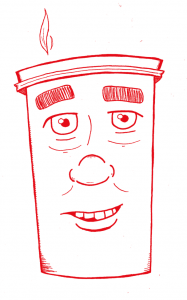 For further illustration, Sunny D, Arizona Iced Tea, Fanta, Jarritos, Monster and Powerade would all be subject to Murray’s tax – at about an extra quarter at every 12 ounces! What sugary beverages would not be taxed? Not sickeningly sweet coffee milkshakes from Starbucks, handed off via a drive-thru window, nor $6 juices from a high-end retailer such as Queen Anne’s new Pressed Juicery. Either product, favored overwhelmingly by a social stratification that can afford them, could easily have more added sugar and caloric content than a Gatorade or Yoo-Hoo.

Why do we have such a budget shortfall in the first place, keeping even a liberal city like Seattle from doing right by its disadvantaged kids? Perhaps it has something to do with an unwillingness to pursue progressive taxation. Maybe it has something to do with the kind of tax breaks such as the Democrat-overseen $8.7 billion Washington state has given Boeing after it threatened to move jobs elsewhere (it did anyway). Maybe a concentration of unearned wealth, such as the kind the city’s Transit Riders Union wants taxed, doesn’t offer much in the public interest, no matter how many ounces of soda you deincentivize a kid from purchasing. We need aggressive redistribution of capital from individuals and corporations who can afford it. It is a dismal situation when a city that self-identifies as a progressive safe harbor has to balance its budget by shaking down the same poor black and brown kids it claims it’s serving.

3 comments on “Tax the Rich, Not the Poor”