If you’re registered to vote in the city of Seattle, you probably already have your Democracy Vouchers. Here’s some quick info about them.

What are they? Who can I give them to?

Some candidates have already finished qualifying, but some are still collecting signatures and donations. You can send your vouchers to candidates who haven’t finished qualifying yet, but they won’t get the money until they finish collecting signatures. Don’t put off handing in your vouchers; the pool that funds them is finite and vouchers will be redeemed by campaigns on a first-come, first-served basis.

How do I use them?

First, fill them out and sign them. Then, you can return them in any one of these four ways:

You can call 206-727-8855 or e-mail [email protected] to request replacement vouchers. You will be asked to provide your name, date of birth, and mailing address. The city can send you a PDF version of your Democracy Vouchers or mail you a new set to your address.

Why do they exist? Where does the money come from?

The money comes from a small property tax increase (about $11.50 per homeowner per year). The idea behind Initiative 122, which brought this program into existence, was to encourage candidates to run their campaigns in a more ethical way, and to encourage them to seek grassroots, democratic support, rather than special interest money.

Will it work? Who knows! It’s the first election we’ve had since program started, and it seems to be going pretty well so far– we have a wealth of candidates, and most seem to be genuinely interested in building wide support from ordinary people like us.

Campaign contributions have power. Unfortunately, that power is denied to the poor. To illustrate this point, in March 2017, former Tenants Union executive and Seattle DSA-endorsed City Council candidate Jon Grant said, “Seattle has been particularly cruel to its homeless community members by constantly sweeping encampments. If the homeless were brought into the political process and could access democracy vouchers to fund candidates who fight for their interests Seattle might start taking a more compassionate approach.” 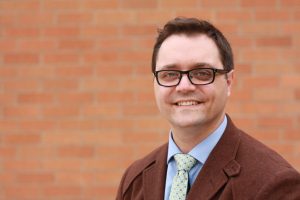 The Democracy Voucher program isn’t a cure-all for getting corporate and moneyed donors’ funds out of public elections, but it’s a good first step toward reducing the power of wealth in politics and increasing the power of people who couldn’t otherwise contribute to campaigns.