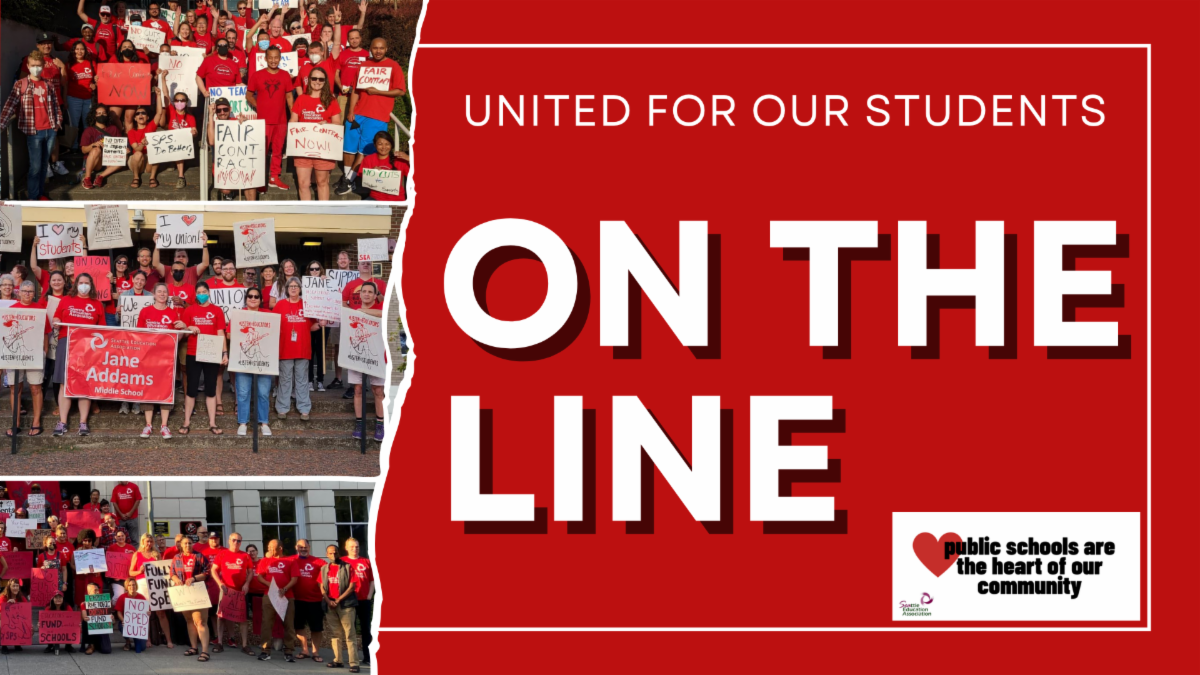 There was no shortage of Seattle area workers raising their voices Labor Day weekend at Starbucks, Homegrown, and Kent schools! The strikes keep coming, and the solidarity keeps rolling!  Yesterday the Seattle Education Association voted to authorize a strike by an overwhelming margin of 95% to 5% with a massive voter turnout of 75%!  6,000 Seattle educators went on strike today, delaying the start of the school year.

Why Educators Are on Strike

The Seattle chapter of Democratic Socialists of America (DSA) stands 100% in solidarity with the Seattle Education Association.  Some of the richest corporations and billionaires in the world are based in Washington state: Jeff Bezos, Bill Gates, Amazon, Microsoft, Starbucks, and Boeing.  There is no excuse for cutting the supports that special education and multilingual students need!  Seattle Public Schools talks all the time about opposing racism, and yet now they want to reduce staff who support immigrant students. There is no excuse for cutting teachers’ salaries!  It’s time to tax corporations and billionaires to fully fund our schools!

The overwhelming vote by SEA members to authorize a strike resulted from the stresses of the pandemic and inflation, combined with the inspiration of labor victories at Starbucks, Amazon, and other companies, not to mention years of dedicated organizing by SEA members.

Pickets are now set up at most, if not all, schools every weekday from 7:30 AM to 3:30 PM until the SEA members approve any negotiated tentative agreement.  Community members are strongly encouraged by SEA and DSA to show up to support a picket line at a school near you.  In addition, we are organizing a *DSA Day of Solidarity* when DSA members will go to the Orca K-8 School picket line this Friday, September 9 at 8:30 AM to provide breakfast and solidarity.  Then we will carpool to additional schools together.  Join us at 8:30 AM at 5215 46th Ave S, Seattle, WA 98118!

And please tell the Seattle School Board to respect educator voices and agree to a contract that addresses the needs of students. There is a very quick, simple, automated system for sending an email to all school board members here: buff.ly/3Ahfbfv