Featured image: Jon Grant, who is running for Seattle City Council Position 8, speaks to around 600 people in the University of Washington’s Kane Hall for the Seattle Socialism Conference, Sunday, April 2, 2017. Photo by Joanna Magner/Seattle DSA

By Ty and Cora Alexander

Socialism is experiencing a massive resurgence in America in the face of the Trump administration, and nowhere was that more obvious than at the Seattle Socialism Conference held Sunday, April 2 in the University of Washington’s Kane Hall.

20 minutes until doors at the Seattle socialism conference. This is outside the hall pic.twitter.com/hWghKW0IQI

Guess there are a few people in Seattle interested in socialism. pic.twitter.com/kSeUMjSxcc

Organized by the Seattle chapter of the Democratic Socialists of America, Socialist Alternative and the International Socialist Organization (ISO), the conference brought together around 600 attendees to build solidarity between socialist groups, emphasize the key importance of workers in the fight for social and economic justice, and most important of all, discuss ways to fight back against the devastating policies and proposals put forth by the Trump administration.

Speakers included leaders from the socialist organizations as well as local Seattle activists and politicians. The centerpiece of the conference was a discussion between the editor of Jacobin magazine and Vice-Chair of the DSA Bhaskar Sunkara, Socialist Alternative National Secretary Philip Locker and the audience. 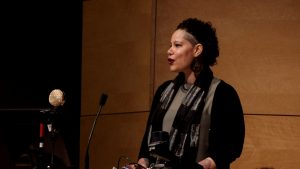 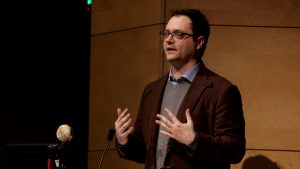 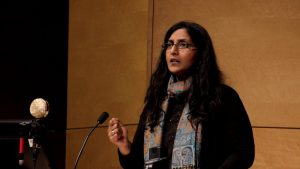 Watch Seattle City Council and Socialist Alternative member Kshama Sawant tell socialists they should “refuse to limit (themselves) to what is acceptable” to the establishment. Photo by David Peters/Seattle DSA

Watch the other featured speakers talk socialism in Seattle on our Youtube channel here.