Capital – why did they make a fancy word for what should just be called money? (Are you curious about this, too? Join us to read Vol. I of Karl Marx’s Capital in April). This week we have stories about the fash and the class – welcome to the Hellhole.

The week had a rough start when residents and workers in South Lake Union were greeted on Monday with the sight of posters promoting straight-up fascist crybaby group Identity Evropa spread throughout the neighborhood. In case you didn’t know, Identity Evropa (specifically its leader, Eli Mosley) was involved in the Charlottesville rally/riot last summer that ended with death and many injuries. Their slogan “You will not replace us” – and a variant, “Jews will not replace us” – was used as a chant during the initial nighttime march by the torch-wielding crowd.

Fortunately, the posters were torn down on Monday evening. Unfortunately, this is not the first time that Identity Evropa (or any far-right group) has descended on Seattle. The Stranger also notes, in their report of Monday’s poster surprise, that IE launched a propaganda campaign back in 2016 targeting local college campuses. Other groups have recruited in the city as well.

If you see posters promoting any fascist group, make sure to rip them down – but be careful. In the past there have been reports of far-right posters and stickers hiding razor blades planted to cut unsuspecting do-gooders. When you tear down a poster, use your keys or another object to rip it off rather than your hands. Also, use the buddy system and consider masking up; you never know when some Proud Boys are skulking around waiting to start a fight or doxx those who reject fash presence in their communities.

Be safe, be smart, and go send a message to the fascists: they will never be welcome here.

The Seattle Domestic Workers Alliance took over city hall on Thursday with a lovely display of diapers and gloves, representing nannies, housekeepers, and other domestic workers – a majority of which are women of color. A new report shows that 94% of workers in the industry are not making a living wage and do not have paid family medical leave. Half of the domestic workers surveyed do not receive overtime pay, and less than half have a written contract.

Domestic workers are setting up their diaper display outside City Hall to make their voices heard! #sdwa pic.twitter.com/2SSYQWaZQq

The fact that domestic workers are exempt from the standard worker protections most of us enjoy is intentional – and a part of the racist history of U.S. labor law. The fact that it continues today is unacceptable.

As one can imagine, the sort of people hiring these workers to operate in private should not be trusted to maintain any sort of ethical standard. As Steven Hsieh of The Stranger reports, a female worker testified before the council committee, explaining instances of sexual harassment that transpired with her male employer, quit. The abuser’s wife did not believe her and the worker was never paid her final paycheck. It’s past time to bring the standard of our laws up to the standard of our morality. All workers deserve the protection on the job.

The one thing you want to do during a boom? Cut off important government programs at the kneecaps. “We’re looking at it right now and I’m talking to my budget people,” Durkan said in an interview on KUOW, adding, “We have to be planning for the future in a very responsible way.” What does that mean in practice?

It means cuts. Cuts to the programs that Seattle depends on – especially when we’re the fastest growing big city in America

Here’s an idea. Instead of cutting budgets across the city, we should implement a $150 million head tax on major employers like Amazon to fund affordable housing, shelter, and services. That’s what the Progressive Revenue Task Force decided after we pushed for the head tax in 2017 and the establishment pushed back by proposing a committee. Last year, 8,500 people were counted homeless in Seattle, and over 22,000 low-income households were “severely rent-burdened” – paying over half their income in rent and utilities.

It’s time our “progressive” mayor did something to progress our city forward. Pass the head tax.

? Victory for the Workers ?

✊ An hour ahead of a second work-in protest at President Ana Mari Cauce's office, Postdocs United got word that UW won't appeal a decision allowing the researchers to form a union.

Class Enemy Comrade of the Week 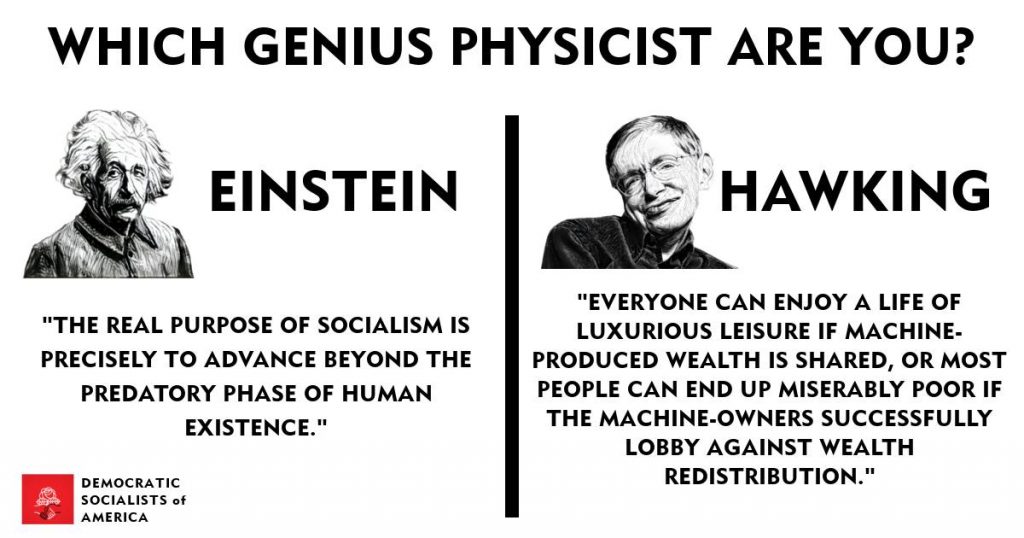