This year is perhaps one that defies description. So instead, we’re going to let all the work we did speak for itself.

After the election of Donald Trump, people began searching for something beyond America’s rotten two-party system. Nationwide, DSA membership more than doubled to around 31,000 members. New chapters popped up in cities across the country, and some older ones were reinvigorated with fresh ideas and passion. Here in Seattle, our membership exploded to more than 600 people. We have a lot to celebrate. 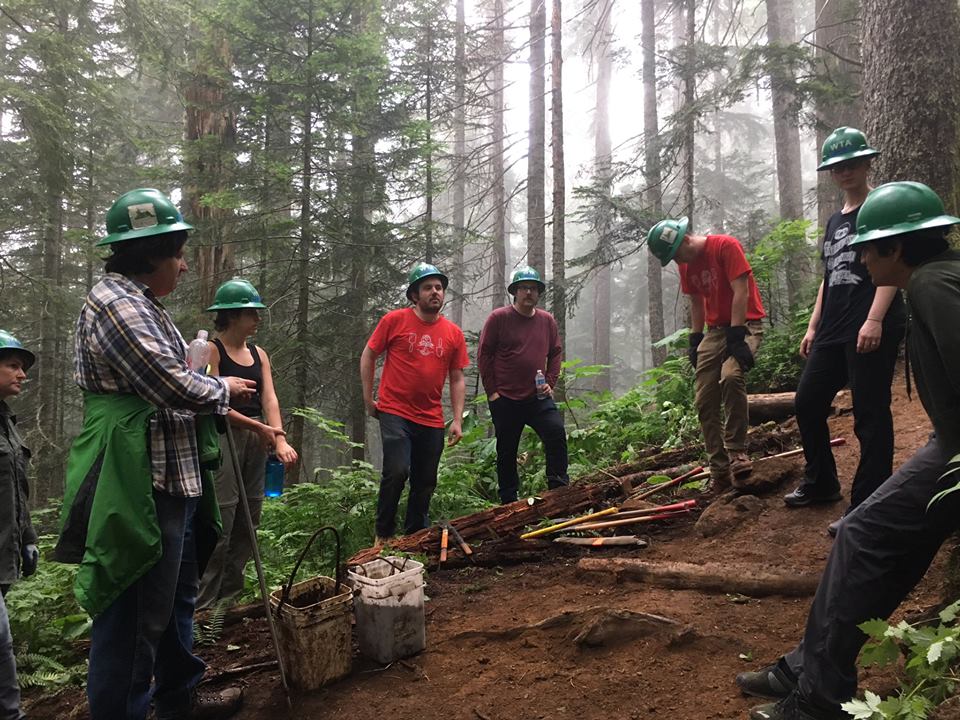 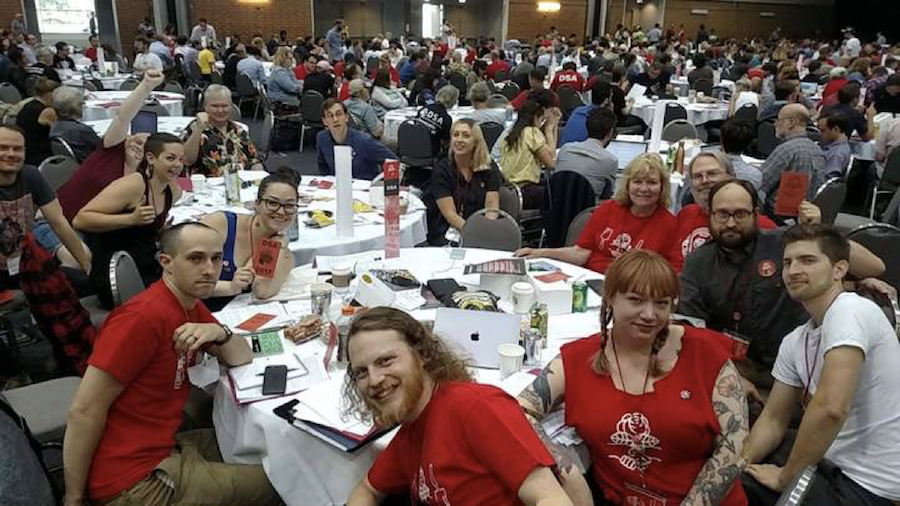 Seattle DSA was able to send 16 delegates to the 2017 DSA National Convention in Chicago. 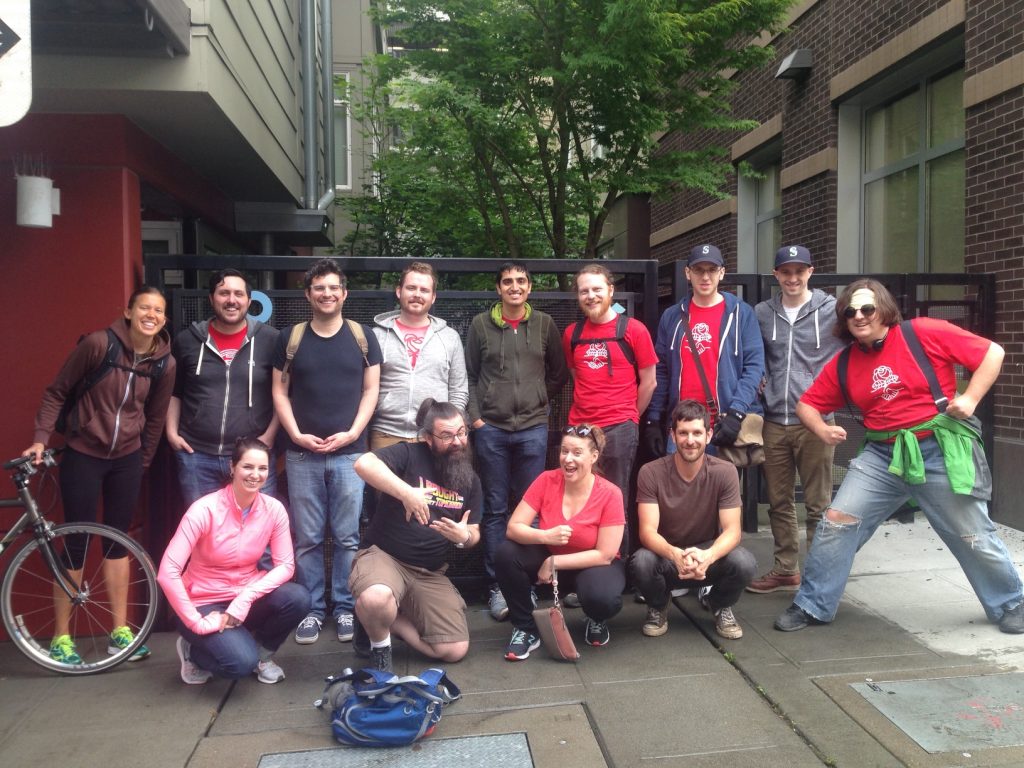 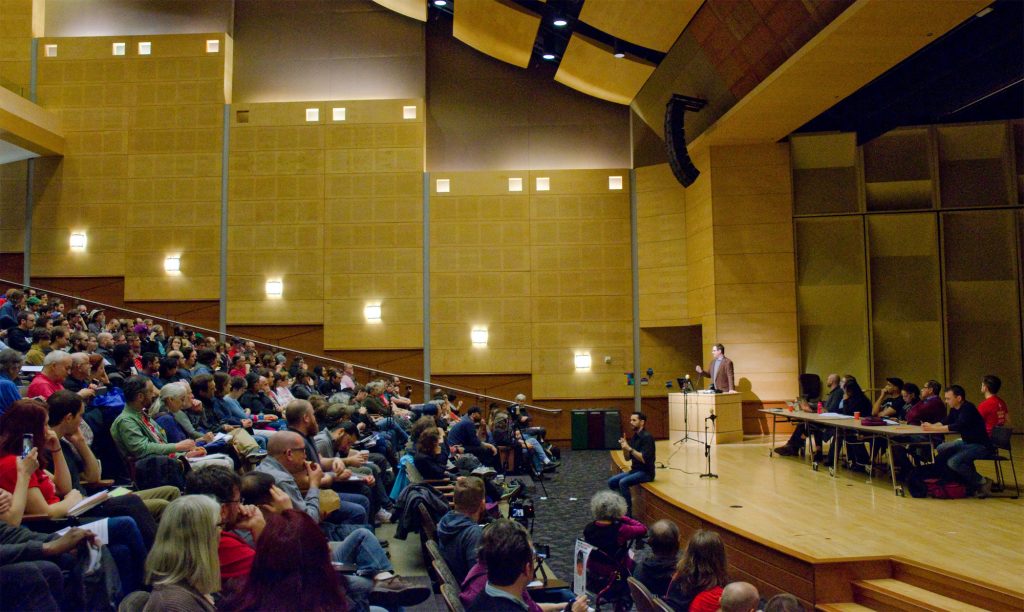 Bhaskar Sunkara, editor of Jacobin magazine and then-Vice-Chair of DSA, speaks to hundreds at the Seattle Socialism Conference. Seattle DSA was part of a coalition of organizations that put pressure on the City Council to pass a cit income tax.

This year, we formed committees and working groups to tackle everything from community service projects to endorsing our very first city council and mayoral candidates. We were involved the historic campaign to enact an income tax in the city, we showed up at picket lines to support unions in their fight for workplace democracy, endorsed Nikkita Oliver for mayor, and taught many people to canvas for the first time for the Jon Grant campaign. We started a monthly film series, led countless reading and discussion groups, and supported our unhoused neighbors during brutal encampment sweeps. We sent delegates to the national convention in Chicago, voted to make Medicare for All a national priority for 2018 and made connections with chapters across the country. We started a little thing called Hellhole. 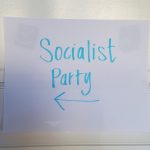 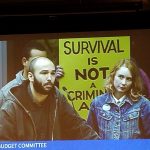 DSA members speak during a public comment period and demand the city stop the sweep of encampments. Canvassers gear up to knock on doors in a final push for the Jon Grant City Council Pos. 8 campaign. 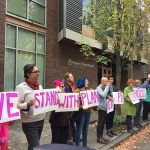 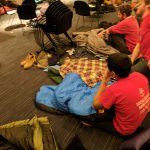 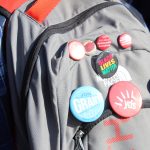 You can never have enough buttons.

It’s amazing what we accomplished in just a single year, but there is still so much left to be done. The road is long, and the battle against capitalism and its oppressive, soul-crushing weight will outlast our lifetimes. It has never—and will never—be easy, but if this is what we’ve achieved in one year, think about we can achieve in a few more.

Reflect on 2017 by taking a look at everything we published on Dispatches this year. See you in 2018!